Bits and photos gathered from Father Ray's Facebook and Twitter pages. Always fun to browse through the Facebook page for more stories, thoughts and past adventures shared by Father Ray Kelly himself.

Fr Ray Kelly, (Raymond Kelly) was born in Tyrrellspass, Co Meath in April 1953, a rural town in Ireland,  From Wikipedia:

"Tyrrellspass (Irish: Bealach an Tirialaigh) is a Georgian village in County Westmeath, Ireland. It is located 81 km from Dublin and is situated in the south of the county on the R446 (formerly the N6) road. Tyrrellspass won the Irish Tidy Towns Competition in 1969."

Ray moved to Dublin and worked in the Civil Service.  As a Civil Servant back in the 70's he spent many hours and days working in Cork (Ireland) in Collins Barracks in the Command Cashiers office filling in on Holiday duty, during those years he frequented the Cork Opera House for many shows and pantomimes. Then, in 1983 to 1985 Ray spent 2 years living in Cork in the seminary, training for priesthood.  He joined the St Patrick’s Missionary Society (Kiltegan Fathers) and worked as a Missionary in pre-Apartheid South Africa from 1991-1992.

On becoming a Priest Ray has mentioned in various interviews that he came to the Priesthood one fine year when, during Lent, he decided to attend a nearby church (in Dublin) daily. He started wondering whether "he could do what that Priest did" and, after the thought lingered in his head, consulted with a Priest and decided to enter seminary. In 1982 he was called to the Priesthood and was ordained as a priest in 1989.

Later Ray traveled to do Mission Appeal work in the US, among other locations.

Priesthood and Return to Ireland

Fr Ray served in the Diocese of Tzaneen in South Africa (1989-1991) and as an Army Chaplan in Curragh Camp in The Curragh, County Kildare, Ireland. In 1992 he traveled through the USA doing Mission Appeal Work. After various returns to Ireland due to family matters, Ray returned to Ireland for good in 1993 and worked in Tang, Ballymahon, Navan and Mucklagh.
In 2006 he was appointed Parish Priest in Oldcastle & Moylagh, Co. Meath, in the beautiful St. Brigid's Church.

As one of his great loves was singing, he built a home studio in one of the rooms of his parish house to indulge his passion for his hobby. Ray also attended various local talent contests, sometimes winning some, always having a good time with family and friends. See the Video Vault page on this blog for some fun and amazing performances.

He was often asked to sing at local events, but never thought it would lead to anything other than a hobby, until he sang at the wedding of Chris and Leah O’Kane on April 5th 2014.  That famous video went viral and has now reached over 50 million views to date and counting.
After being courted by both Sony and Universal, in summer 2014 he signed a contract with Universal Music Ireland and sought help from BigLifeManagement to manage his new...BIG LIFE!

Since then there have been many interviews, various television appearances, and several concerts in Ireland, US and Europe. Father Ray also keeps up with his Parish work in Oldcastle and continues to share his talent in benefit of charities and good causes.


Keep up with it all on the official Facebook page!

In 2017 Father Ray Kelly tapped on the talents and musical contacts of TLC Arts & Entertainment, owned and managed by Tracey Coryell (https://www.facebook.com/TLC-Arts-Entertainment-1383459041711912/). Together they organized the fabulous Hallelujah Tour 2017, where Fr Ray traveled East and West US and performed in Catholic Churches, Irish Festivals and many other venues.
See this website Event's Page for all the details:
http://www.fatherraykellynews.com/p/events.html


During the well received Hallelujah 2017 Tour, many venues were at full capacity, several invitations for 2018 were given and Fr Ray's accomplishments and dedication earned him a Proclamation of Honor from the Mayor of the City of Toledo, Ohio, where the Tour began in July and ended in September.

Stay tuned for much more to come! Another USA Tour in 2018? Another wonderful CD?

Once more Father Ray was invited to sing across the USA in 2018, visiting and wowing the crowds in concerts in Denver, Hamden, Memphis, Cleveland and San Antonio, places he never sung in before.  Greeley and South Shore Festivals asked Fr Ray to return and delighted once more in Nebraska and New Hampshire. And of course, Toledo Ohio once more was captivated by Fr Ray's music.

Also in 2018 Britain's Got Talent jurors were amazed by Fr Ray's talent, propelling him to the semi-finals and extracting a compliment from Simon Cowell, who dubbed Fr Ray's interpretation of R.E.M.'s "Everybody Hurts", "one of my favorite auditions ever." Although not advancing to the finals, Fr Ray literally made everyone cry with his performance of Vince Gill's "Go Rest High," a dedication to his dear sister Regina who passed away early this year.

Taking a break from his third USA tour, Fr Ray spent early year and summer in the London studio recording his 3rd album. Title, songs and all the details yet to come. The album contains two new songs, a duet with niece Tara Kelly, choir backing and promises to be yet another wonderful hit to be out early 2020. Another USA Tour also in the works for 2020. 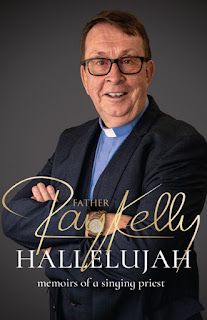 Fr Ray Kelly, ‘the singing priest’, became a worldwide internet sensation when a video of him singing Leonard Cohen’s ‘Hallelujah’ at a wedding in 2014 went viral. The emotional video and his wonderful voice captured hearts globally and garnered him millions of views.
In 2018 he auditioned for Britain’s Got Talent, singing ‘Everybody Hurts’ by R.E.M., where he made it to the semi-finals of the show, demonstrating his astonishing ability to connect with people through his singing.
This is his memoir, describing his fascinating journey from parish priest to fame, and following his experience of sharing his exceptional talent with the world. Filled with stories of how music has always been a huge part of his world, from singing with his family as a child, to performing ‘Danny Boy’ for Pope John Paul II in the Vatican and forming a boy band in seminary school. Charting his childhood in Tyrrellspass, his call to the seminary and his work as a priest, the book culminates in Fr Kelly being catapulted into the limelight because of his extraordinary talent, and combining his passion for singing with his dedicated work as a priest.

Prior to signing a contract with Universal Music Ireland, Fr Ray was already a seasoned producer of his own music. With family and friends, he produced an early vinyl single and two CDs for charity. With the two professional CDs and a DVD, following is the entire collection.
CDs and DVD available for purchase and locations are listed here:
http://www.fatherraykellynews.com/p/shop.html

Single vinyl (note: "Rafiki" means "friend" in Swahili)
Side A - Youth Aid Africa
Side B - On the Wing 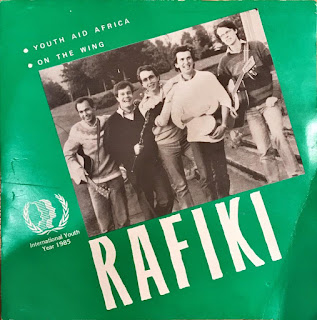 Simply Me: An inspiring selection of songs performed by Ray Kelly

Tracks: Va Pensiero, The Potters Hand, American Trilogy, Nella Fantasia, Eagles Wings, Love Changes Everything, Only This I Want, Have I told you lately..., The River, You Raise Me Up, The Prayer (with Tara Kelly), Time to Say Goodbye 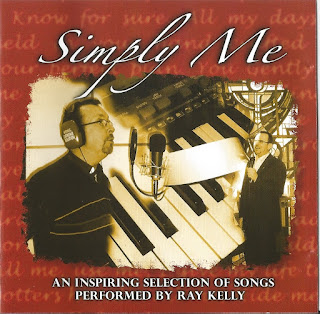 Tracks: Panis Angelicus, You'll Never Walk Alone, I Have a Dream, Ave Maria, The Wind Beneath my Wings, I Dreamed a Dream, Bring Him Home, The Old Rugged Cross, Somewhere, You Raise Me Up, The Millenium Prayer, O Holy Night, My Way 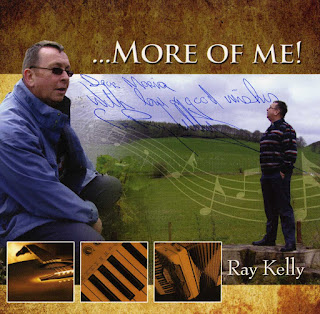 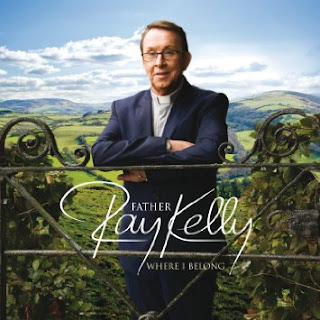 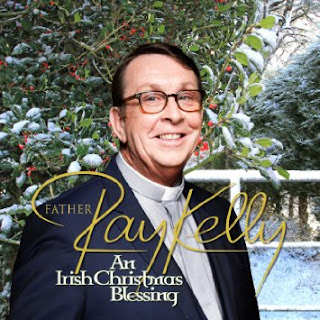 DVD: A Christmas Concert from the Heart of Ireland 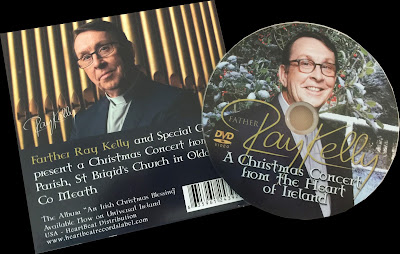