Last year Father Ray Kelly was en route to promote his album Where I Belong in the great city of New York in USA. Somehow he managed an appearance in Fox and Friends very early in the morning, a benefit concert in St Joseph's Parish Church in Greenwich Village and a celebration of mass in the beautiful St Patrick's Cathedral on St Patrick's Day. As if that weren't enough, he joined the St Patrick's Day Parade with Co Meath delegation. Wow!

To remember it all, here are a couple of posts from Father Ray. And to relive the events, link to the video on Fox and Friends:
irish-singing-priest-ray-kelly-releases-debut-album

ON st patricks March 2015 in New York
A message from Father Ray:
'Start spreading the news, I'm leavin’ today, I want to be a part of it, New York, New York!
I can't help but hear that melody of the Frank Sinatra classic, and a great favourite of my own, as I count down the days until I depart for USA and New York. I’m really looking forward to heading there as my album, ‘Where I Belong’, is eagerly awaited by many of my fans in US. The album is being released in the US on the 17th March.
To be in the Big Apple anytime is great, but to be Irish and be there for St Patricks Days on the 17th of March - now that is a dream come true.
I’m looking forward to taking part in a fund-raising concert in St Joseph's Parish Church in Greenwich Village, to pay for restorative work on Kylemore Abbey in Connemara. I have also received an invitation to concelebrate Mass in St Patrick's Cathedral on St Patrick's Day with Cardinal Dolan. That should be a wonderful and prayerful experience.
I know there are some radio and TV interviews that are set up for me, and of course there’s the famous St Patrick's Day Parade in New York. Hopefully I will get to see that, and maybe even take part!
So it's going to be a busy week, but bring it on. Yes I want to be a part of it - New York, New York!
Have a great weekend, Father Ray. 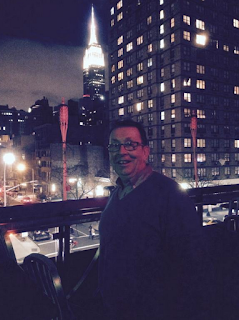 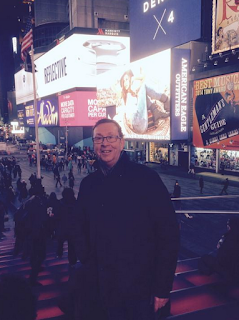 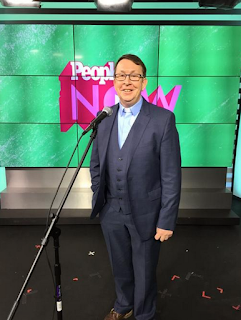 Recap After Getting Home

A message from Father Ray:
‘Hello everyone. Last week in New York was probably the most exciting week of my life - singing in the concert in St Joseph's Church in Greenwich Village, joining the St Patrick's Day Celebrations, singing on TV shows, and finally getting to release my album in the USA!
The New York St Patrick's Day Parade was spectacular, and taking part was a magical moment. Ah sure everyone is Irish on St Patrick's Day! I just love New York, the sound of the yellow cabs tooting the horns, the skyscrapers, Times Square, The Rockefeller Centre, 5th Avenue, Central Park. To be part of all that for a week was just wonderful.
I do hope I will be back, and maybe with a concert or two in the pipeline - now that would be special! In the meantime, I have the special memories of the last week, and the jet lag is just about passed so it's straight back to my parish life, and the preparations for Holy Week and Easter.
And of course with Easter Sunday being on the 5th April I will have to celebrate and toast Chris & Leah O'Kane in some way, because it will be the first anniversary of their Wedding. HALLELUJAH!
I hope this message finds you well. Have a great week'.
Father Ray